Learn about this innovative movement to encourage conversations about death while breaking bread together. 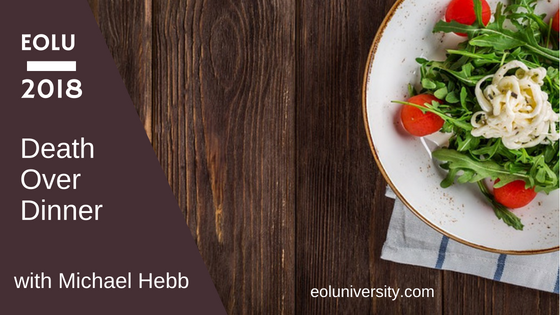 NOW Available for listening at this link:
www.InstantTeleseminar.com/Events/109737021
My guest Michael Hebb is the founder of Death Over Dinner, an organization that supports people to host dinner parties for the purpose of talking about death. According to Death Over Dinner, which is now a part of the RoundGlass family of initiatives,  "The dinner table is the most forgiving place for difficult conversation" and they'll teach you how to host your own dinner party. 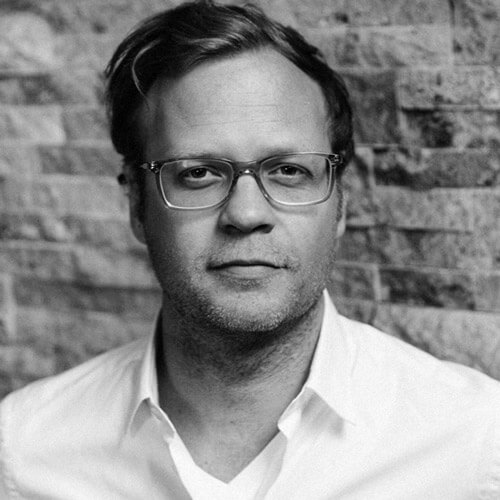 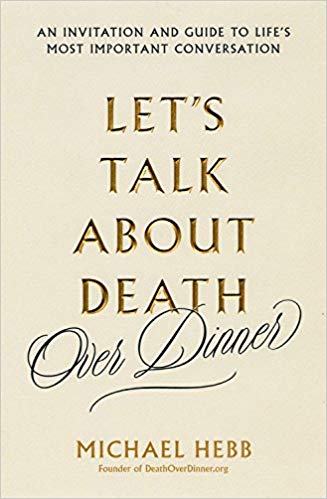 In this interview you will learn:
For the past 20 years Michael Hebb has been following the mandate: my client is civilization. His projects have turned into international movements and impacted millions. His second book "Let's Talk About Death" published by Hachette/Da Capo will be available in the U.S., U.K., and Australia in October of 2018. Michael recently became a Partner at RoundGlass to further expand his efforts to impact global well being.

Michael is the Founder of Deathoverdinner.org, Drugsoverdinner.org, EarthtoDinner.org, WomenTeachMen.org and The Living Wake. He currently serves as a Board Advisor at the Friedman School of Nutrition Science and Policy at Tufts; and in the recent past as Senior Advisor to Summit Series, Theo Chocolate, Learnist, Caffe Vita, CreativeLive, Architecture For Humanity, ONETASTE and Mosaic Voices Foundation .

In 1997 Hebb co-founded City Repair and Communitecture with architect Mark Lakeman, winning the AIA People's Choice Award for the Intersection Repair Project. In 1999 Michael and Naomi Pomeroy co-founded Family Supper in Portland, a supper club that is credited with starting the pop-up restaurant movement. In the years following they opened the restaurants clarklewis and Gotham Bldg Tavern, garnering international acclaim.

Michael is the founding Creative Director of The City Arts Festival, the founder of Night School @ The Sorrento Hotel, the founder of www.seder.today and the founding Creative Director at the Cloud Room. He served as a Teaching Fellow at the Graduate School of Communication at University of Washington. His writings have appeared in GQ, Food and Wine, Food Arts, ARCADE, Seattle Magazine and City Arts. Michael can often be found speaking at universities and conferences.